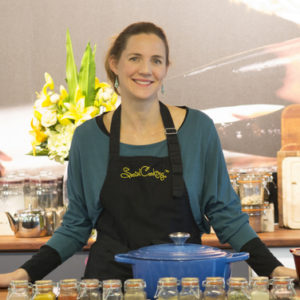 Sabine is French. She came in Norway in 2011, following her husband who works in the O&G industry. She holds a Master Degree in Geology and another education in Finance. With Emmanuel they have a 3 years old boy and Sabine now takes care of her family. She comes from a family where both mother and father like very much cooking, traditional French cuisine and worldwide cuisine; her mother even ran a restaurant during three years. When Sabine became a mom, she realized that everything we eat has an impact on how we feel and who we are; she also discovered that her son is allergic to several things. It was an opening to a new world of food and the beginning of a new way to cook and eat: healthy, organic and whole ingredients, raw food, vegetarian/vegan cuisine, low glycemic index, superfood… and on top of that, DELICIOUS!!! Since then, cooking everything from scratch became an inspiring hobby and a way of life. Sabine also realized that many families are facing allergy issues and she wants to share with them these awesome recipes she has experienced. She would like them to be aware that eating “xxx-free” is not a minus, but a plus. It is a chance to be nicer to our body and to enlarge and optimize our food experience. 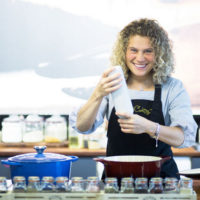 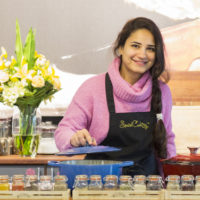